Categories Menu
Home » Leadership » How to Resolve a Values Conflict 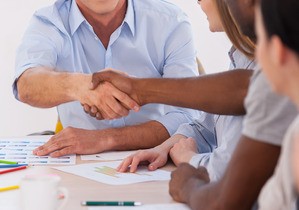 How to Resolve a Values Conflict

Assume one of your top values is Accountability. When your decisions and behaviors support this value, there is a sense of satisfaction, peace, and fulfillment. For example, saying to your boss, “The project we discussed is now complete, and within the promised timeframe.” But what happens when you feel forced to make a decision or act in a way that causes you to sacrifice this value? You likely feel uneasy and uncomfortable. For example, saying to your boss, “Well, looks like we’re going to be late on the project we discussed.” It doesn’t matter how or why it happened. The outcome is still an unpleasant experience.

When this happens, you likely experience a values conflict. Your decisions and behaviors did not support your top value.

Now imagine that your top values are Excellence and Accountability, in that order. If a quality issue occurred that caused a delay in meeting a promised deadline, there might be no values conflict (or much less of one). When you’re demonstrating support for a top value (i.e. Excellence), it’s feels acceptable to sacrifice a secondary value (i.e. Accountability).

This is called a values trade-off and confirms the importance of rank-ordering your top values. By prioritizing your values, it helps you make better decisions, and minimizes that unpleasant experience when one value must be sacrificed over another.

The same is true in organizations. And no matter what the core values are, or their priority order, there will be conflict. Many organizations promote healthy conflict amongst employees. This is the willingness to disagree – even passionately when necessary – around important issues and decisions that must be made. It’s about the pursuit of truth and the search for the best possible answers. Most organizational behavioral experts and leadership consultants agree that this is healthy conflict, which only happens when there is a high degree of trust between employees.

In such cases, it’s very beneficial to have clearly defined core values. This helps employees work through healthy conflict using the core values as a conflict resolution tool.

This form of conflict is the reason most people demonstrate a fear of conflict. In addition, the consequences for unhealthy conflict can be severe, from dis-engaged employees to lack of commitment to reduced productivity.

So what can you to about it?

4 Ways to Resolve a Conflict

There are four viable options to resolve any kind of conflict, including a values conflict:

There are also two other popular ways to deal with conflict, neither of which is useful or effective.

What about a values conflict between your personal values and your company’s values? This is a serious and important issue that can’t be addressed in this article (without making it into a book!). However, the short answer is to ask yourself this question: “Am I in an environment that provides me the opportunity to do my best work, or do I need to plan for a change?”

Bottom line: There are both healthy and unhealthy conflicts. Well-defined core values are a useful tool for employees to work through healthy conflicts. Regardless of the type of conflict, there are effective ways to resolve them.

What are other effective ways to resolve conflict?