Leading with Dignity that Leads to Respect

I generally associate the value of Dignity with Respect. But I recently discovered an important nuance.

First, consider the definition of these two values (from my e-book):

There is clearly an overlap between these two values. But there is also a difference to consider here.

In her book Leading with Dignity, author Donna Hicks describes dignity as an attribute we are all born with. She defines dignity as our inherent value or worth. This is clearly worthy of esteem (as per my definition above). Not surprisingly, Hick’s definition of dignity really resonates with me since the basic meaning of value is ‘worth’.

On the other hand, Hicks suggests respect must be earned. While I might not always agree to this, I appreciate her perspective.

To explain the difference between dignity and respect, Hicks says that everyone has dignity, but not everyone deserves respect. Or stated more succinctly: we should respect each other’s dignity.

This provides an interesting distinction, and begs the following question: When does someone deserve our respect?

Hicks would argue that everyone’s dignity deserves our respect. In other words, we should respect the inherent value – or worth – that exists in every human being. This can be found in the basic definition of human rights.

From Human Rights to Research

Consider that in most democratic governments, dignity is often linked to human rights. In The Universal Declaration of Human Rights published by the United Nations, Article-1 states:

“All human beings are born free and equal in dignity and rights. They are endowed with reason and conscience and should act towards one another in spirit of brotherhood.”

Of course, you don’t have to be in a political setting to be treated with dignity.

Hicks would agree that being treated with dignity is something every human being desires. Yet, we seem to continually fail at this – globally, nationally, locally, and even with those closest to us.

I propose that it’s a leadership issue. And one that’s fixable.

When a leader sees the value (or worth) in every person they encounter, that person feels respected. And when someone feels respected, they are more likely to listen to, engage with, and even follow the leader. This then creates an environment for success for everyone involved. That feels like a win for everyone! 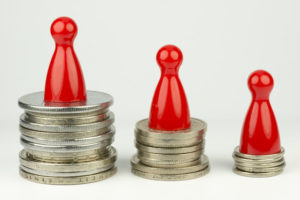