Most leaders have a natural bent for growth. It’s a seductive value.

Growth means to become larger, greater or bigger; expand or gain; a progression.

But there’s a difference between good growth and bad growth.

Consider the examples set by two different leaders who embraced this value during the same time period.

Clearly, not all growth is equal.

While it’s impossible to eliminate all aspects of bad growth, good leaders recognize and manage it, and continually focus on good growth. 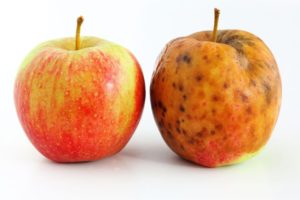