It’s a sad day when a state utility must declare bankruptcy. Some might blame poor management, an overwhelming number of lawsuits, or simply bad luck. I blame a broken culture and the leaders who should have fixed it.

This is the case for Pacific Gas & Electric (PG&E). On January 14, 2019 the company announced plans to file for bankruptcy by month’s end.

There’s a clear line of history that leads to this disappointing end. No one should be surprised. And unless something changes, it will happen again.

I am not surprised that PG&E needs to declare bankruptcy – again.

A Legacy of Problems

A few years ago, I wrote a detailed article about the 2010 San Bruno tragedy that highlighted the blatant violation of a core value. Today the following core value continues to be listed on PG&E’s website:

We are accountable for all of our own actions: these include safety, protecting the environment, and supporting our communities:
– Build safety into everything we do
– Take accountability for actions, decisions and results vs. blaming
– Demonstrate commitment to improving the health and well­being of the environment and the communities we serve
– Act in a way that connects the company’s actions and the well­being of the community

On the surface, this sounds wonderful. Who wouldn’t want a utility claiming to be accountable, focusing on safety, protecting the environment, and supporting communities? Other utilities in the country make similar claims.

But for PG&E, this value is clearly all rhetoric. It’s not based in reality. 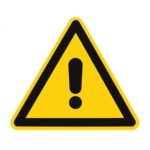 Consider a 2015 report by the California Public Utilities Commission (CPUC) that blamed PG&E’s board and executives for what it called a dysfunctional company culture “whose rhetoric does not match its practices.” In addition, it was evident that PG&E management had been blatantly robbing funds for many years, earmarked for safety operations, to pay themselves bonuses. An independent audit from the State of California issued a report that PG&E had diverted over $100 million in gas safety and operations money for bonuses and executive compensation, including a $38 million bonus to the CEO at the time of the blast. Shameful.

Simply stated, PG&E has a bad corporate culture, and nothing will change until it is fixed.

I find it odd that the broken culture at PG&E has been apparent to everyone for years. Yet nothing has changed. Consider the evidence. 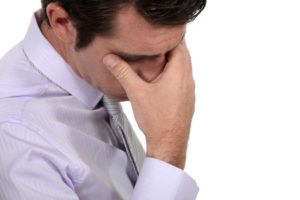 In 2014, PG&E was indicted by a federal grand jury for multiple violations of the Natural Gas Pipeline Safety Act relating to its record keeping and pipeline “integrity management” practices. An additional indictment was issued charging the company with obstruction of justice for lying to the NTSB regarding its pipeline testing policy.

Now (January 2019) with the news of PG&E declaring bankruptcy, various lawmakers have suggested PG&E’s “hubris and mismanagement have led to this unfortunate point.” Even the newly elected governor of California, Gavin Newsom, referenced “the consequences of distrust and mistrust” between PG&E and the public.

When both the judicial system and lawmakers are openly aware of the problem, why haven’t the penalties they’ve enforced created change inside the company? And for shareholders, knowing the risk of losing their investments (to bankruptcy), why haven’t they demanded action?

When the culture of a large organization that provides essential services is broken, there is only one way to fix it. It starts with leadership who must see the problem, admit to the problem, and commit to fixing the problem.

Only at this point can leaders look at positively changing the organization’s culture, with some wise words from the CEO of the Frances Hesselbein Leadership Institute:

“Culture does not change because we desire to change it. Culture changes when the organization is transformed; the culture reflects the realities of people working together every day.” — Frances Hesselbein

If the citizens of California want to avoid future PG&E-caused explosions and wildfires, and the ensuing lawsuits and bankruptcies, may a significant culture change occur at PG&E sooner rather than later. And it starts with leadership. 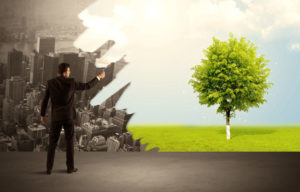